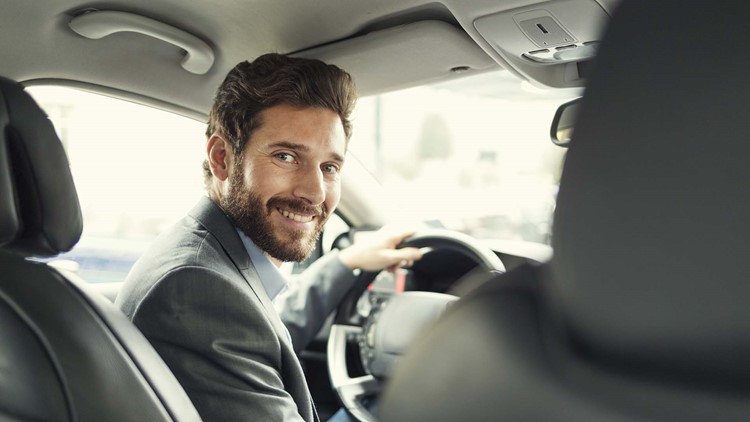 Whether we call them part of the “on-demand platform,” “ride-sharing apps,” or just Uber and Lyft, one term describes it all: big business. And the hottest thing in transportation has grabbed a lot of headlines recently.

A fair amount of the chatter has been debate about how the two mavericks classify their drivers and the tax consequences that topic may entail. With all the information flying around the Internet these days, we thought we’d try and sort things out for you and try to put things into perspective.

As it is with a lot of topics, the ride-sharing issue has both a strategic side and a tactical side. Strategic, in that some aspects of the big-picture debate will be settled by forces far outside our control or influence. Tactical, because some aspects of this story can indeed touch us as tax preparers.

So here’s the lay of this changing landscape as we know it.

To get an Uber ride, a traveler uses the Uber smartphone app by tapping a button to send their location to the servers. Request a ride and input the destination address. To pay, you’ll charge your credit card – no need for cash.

On the other end, the driver opens the smartphone app at the beginning of his shift to log into the system. When a fare is assigned, the driver gets the information on the passenger and directions to the pick-up point, as well as directions to the destination. Payment for fares goes directly into the driver’s bank account – no need to carry cash for change.

While the concept behind a ride-sharing app may be simple, how it’s executed could leave room for varying outcomes.

Uber and Lyft, for example, were designed to use drivers as independent contractors. The Uber website seems to stress this, with a sign-up section that touts freedom of hours: “When you drive with Uber, you decide when and how long to work. So you’ll never have to choose between earning a living and living life.”

As simple as all this sounds, the American legal system has now kicked into overdrive. Just recently, Uber drivers in Massachusetts and California sued, seeking to be reclassified as employees instead of contractors and got a $100 million settlement. While the terms still have to be approved by a judge, the settlement also calls for Uber to stop claiming that tips are included in the fares and to better communicate reasons for termination.

But it appears that action was only the beginning. Now, similar lawsuits have been filed in Florida and Illinois, except that the latter action also seeks to recover tips for drivers, alleging tips earned were either “stolen” by Uber or lost due to the company’s communication and corporate policies.

Both the Florida and Illinois suits seek national, class-action status. If that’s granted, all Uber drivers in the U.S. (with the exception of California and Massachusetts) would have a stake in the outcome.

The elephant in the big-picture room, however, may be whether changes are needed to the American tax code to better handle new, emerging technologies and new ways of doing business.

One school of thought says the U.S. tax code presently has the tools to handle the on-demand economy’s needs. Rules are in place, they say, that can handle even the newfangled tax characteristics of internet apps.

An alternative view comes from a recent commentary for Tax Analysts’ Tax Notes, by Donald T. Williamson, executive director of the Kogod Tax Policy Center at American University in Washington, D.C. Williamson makes a case for simplifying the decision-making process for determining whether workers are employees or contractors.

At present, the tax code uses 20 factors to be considered in the equation, and there is “wiggle room” within that structure. Williamson writes that despite tweaking by the IRS to try and improve the process, there’s still too much gray area.

“Because the determination of the relationship is made on a case-by-case basis, disputes are legion and offer little definitive guidance that can be applied to employment relationships in general,” Williamson said.

While the employee-versus-contractor debate currently revolves around on-demand apps, Williamson sees a bigger impact if the complex process were replaced by a simpler “bright-line” test: The economy would realize bigger gains.

So, with all this talk about employee–versus-contractor class-action suits, where does that leave us as tax preparers? How do we make sense of it all?

Taxing Subjects posed that question to our favorite EAs here at Drake Software. When dealing with clients who are engaged in the on-demand economy, they say, the key is communication.

This is pointed up by a recent study by the Kogod Tax Policy Center at American University. The study examined how compliance with current tax regulations was affected by income from on-demand platforms such as Uber, AirBnB, and others.

Caroline Bruckner, the center’s managing director, conducted the study and found typical on-demand contractors may – or may not – have a clue about what is needed to file personal income taxes in their situation.

“We learned from talking to on-demand platform economy small-business owners and some tax preparers that while taxpayers generally understood they would owe income taxes on any income earned, many were surprised to learn that self-employment taxes were due too.”

But Bruckner found the problem didn’t stop there. “Thirty-six percent of respondents didn’t understand what kinds of records they needed to keep for tax purposes, and 47 percent didn’t know about any tax deductions, expenses or credits that could be claimed related to their on-demand platform income.”

Drake EA Chris Hodor believes client awareness tops the list. “The taxpayer needs to know just what is considered income,” Hodor advises. “All W-2s and 1099s should be furnished, and all business income declared.”

And being conscientious about our role, Hodor says, will help protect us and our clients. “As preparers we need to exercise due diligence. Ask about sources of income and confirm the taxpayer’s answers on the Drake Organizer.”

Hodor suggests the Drake Organizer might prove useful for those clients with previous on-demand income.

One thing is certain for Uber, Lyft, and others in the on-demand economy: They can expect plenty of changes down the road. But even with changes in the big picture, the traditional values of diligence, professionalism, and attention to detail will continue to serve tax preparers and their clients well.