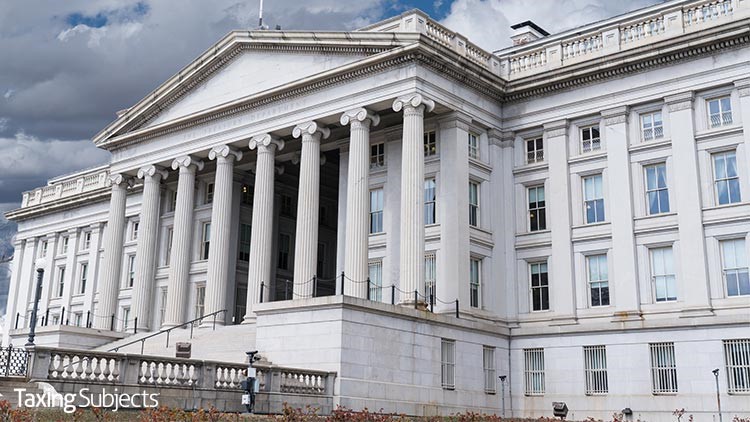 The nation’s Taxpayer Advocate says continuing poor taxpayer service and lack of an effective use of online self-service applications are just two of the challenges facing the Internal Revenue Service. Nina Olson made the assessments in her last report to Congress as the National Taxpayer Advocate. After 18 years in the job, Olson is retiring July 31.

“I am enormously grateful for the opportunity I have had to advocate on behalf of our nation’s taxpayers,” Olson wrote. “Amazingly, despite the challenges of complying with our multi-million-word tax code, more than 150 million individual taxpayers and more than 10 million business entities do their civic duty every year by filing income tax returns with the IRS. That is an extraordinary achievement and one we should not take for granted.”

But Olson is quick to note that despite the successes of the American income tax system, there are plenty of failures that need attention. “Taxpayer service is woefully inadequate. . . . IRS audit notices are often unclear, leading some taxpayers to ‘agree’ to assessments by default – even when they don’t owe the tax. And the IRS doesn’t screen for ability to pay before it takes collection actions, thereby causing or worsening financial hardships for financially vulnerable taxpayers. Advocating for taxpayers affected by problems like these, both individually and collectively, has been and will continue to be the work of TAS (Taxpayer Advocate Service).”

Olson’s final report names poor taxpayer service as the biggest challenge facing taxpayers who have to deal with the IRS. One example was that IRS telephone assistors during the recent filing season answered just 25 percent of taxpayer calls agency-wide, and the hold times for those taxpayers who got through averaged 13 minutes.

“Federal customers . . . deserve a customer experience that compares to – or exceeds – that of leading private sector organizations,” Olson’s report states.

The ACSI report for 2018 ranks the Treasury Department tied for 10th out of 12 Federal Departments and says that “most [IRS] programs score . . . well below both the economy-wide national ACSI average and the federal government average.” Similarly, the 2019 Forrester report ranks the IRS 13th out of 15 federal agencies and characterizes the IRS’ customer experience score as “very poor.”

There seems to be no help in sight. The National Taxpayer Advocate’s report says the IRS isn’t taking adequate steps to correct the service shortcomings. The administration’s 2020 budget proposal requested a 5 percent increase for enforcement, but a 6.6 percent decrease for taxpayer services funding.

Olson sees this as robbing Peter to pay Paul. “There is no doubt that budget constraints have limited the IRS’s taxpayer service capacity, but the IRS should not blame Congress for a lack of taxpayer services funding when it is itself proposing to shift funding away from taxpayer services. What’s more, budget constraints can’t be used as an all-purpose excuse for mediocrity. The Taxpayer First Act directs the IRS to develop a comprehensive customer service strategy within one year. The IRS should use that requirement as an opportunity to think creatively about better ways to truly put ‘taxpayers first.’”

Best Use of Self-Service Applications

In recent years, the IRS has relied on online self-service applications as a way to address taxpayer problems without the use of a living IRS employee. But this strategy, Olson notes, only goes so far.

The National Taxpayer Advocate’s report cites survey data from Forrester Research and a separate survey recently published in the Harvard Business Review that, in combination, indicate customers who use the Internet are comfortable with self-assistance for some categories of interactions but prefer personal contact (by phone or in person) for others, particularly those that involve uncertainty and complex decision-making known to provoke anxiety.

“Applying these findings to the IRS, with its awesome investigation, audit, and collection powers,” Olson wrote, “it is clear that every interaction with the agency has the potential to be anxiety-inducing. This observation has led me to develop what I call the Taxpayer Anxiety Index as a methodology for analyzing how the IRS should structure its interactions with the taxpayer. Simply put, as the anxiety-inducing capacity of a given interaction increases, so should the taxpayer’s access to person-to-person interaction.”

Olson’s annual report contained “roadmaps” that identify the stages of a taxpayer’s process through the tax system. Using those roadmaps, the report identifies where a taxpayer’s anxiety increases – and human intervention is warranted.

“For example, in our Return Processing Roadmap, if a taxpayer’s refund return gets bogged down in Identity Theft processes or in the pre-refund wage verification program, these delays cause anxiety,” the report states. “Where the taxpayer’s refund gets stopped for multiple delays, anxiety skyrockets.”

The TAS urges the IRS to use a “Taxpayer Anxiety Index” concept to determine where human contact is needed in the process and to continue to provide personal service in those circumstances.

The Filing Season in Review

The Taxpayer Advocate’s report also took a look at the 2019 filing season. Overall, the report found, it went smoothly, with the IRS receiving some 137 million individual income tax returns and issuing about 96 million refunds. The average refund totaled $2,725. About 92 percent of the individual returns were filed electronically, and some 87 percent of taxpayers who got refunds chose to receive them by direct deposit. These statistics were comparable to those from the previous year.

The numbers weren’t so rosy, though, for taxpayers who needed assistance from the IRS. Olson’s report found that: “The IRS’s benchmark “Level of Service” (LOS) on its Accounts Management telephone lines dropped from 80 percent during the 2018 filing season to 67 percent this year. Time spent on hold on those lines rose from an average of 5.1 minutes to 9.0 minutes.”

The report conceded that part of the decline was due to the partial government shutdown early in the filing season. And other areas of the IRS had even bigger problems.

For taxpayers calling the compliance telephone lines (which are separate from the Accounts Management lines), performance was worse. The LOS on the various Automated Collection System lines was 33 percent, and the average hold time was 41 minutes.

The National Taxpayer Advocate will be releasing two additional volumes of the report next month. The first will contain the IRS’s general responses to each of the administrative recommendations the Advocate proposed in her 2018 Annual Report to Congress as well as its specific response to each recommendation. The volume will also contain TAS’ analysis of the IRS’ responses and, in some cases, will detail TAS’ disagreement with the IRS’ position.

The second additional volume will contain a comprehensive assessment of the Earned Income Tax Credit (EITC) and will make recommendations designed to increase the participation rate of eligible taxpayers and reduce overclaims by ineligible taxpayers.