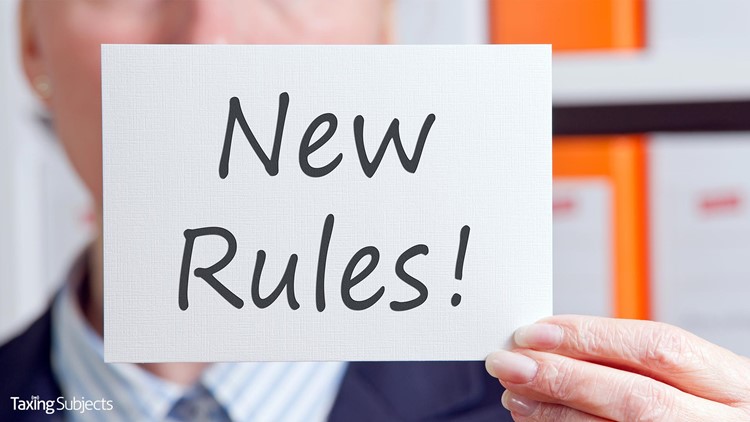 The passage of the Tax Cut and Jobs Act in December, 2017 marked a sea change in how dependents are treated on the average Form 1040. The new law eliminates exemptions for dependents starting in tax year 2018 through 2025.

Taxing Subjects turned to Misty Erickson, MBA, a tax analyst with the National Association of Tax Preparers, for a little perspective on the new tax law and its impact on how dependents’ tax treatment changes. Her article on dependents appears in the July issue of NATP’s TAXPRO Monthly magazine.

Erickson agreed that the boost in standard deduction and elimination of individual exemptions mark a sea change in tax preparation strategy.

“With that said, what we have been seeing is a realization of how big of an impact some of the changes will have. For example, with 2 percent miscellaneous itemized deductions suspended until after 2025, this will impact anyone with advisory fees or unreimbursed employee business expenses. The new standard deduction amounts may not make up for an employee who has high travel expenses,” Erickson said.

To claim the credit, dependents must be qualified under the dependents’ rules, and be under age 17.

If a dependent isn’t qualified for the child tax credit, the taxpayer’s still eligible for a $500 nonrefundable credit. For the partial credit, the dependent has to be a citizen, national or resident of the U.S.

The Additional Child Tax Credit is the refundable part of the Child Tax Credit. The ACTC increases to $1,400 but the earned income window for this credit gets smaller - from $3,000 to $2,500. The amount available to a taxpayer can change from year-to-year, since it’s now tied to a cost-of-living adjustment.

Another notable change comes in the arena of business taxes, where individuals, trusts and estates with domestic qualified business income (QBI) from a partnership, S corporation or sole proprietorship can deduct 20 percent of business-related income. There are exceptions and some limits, but the remaining income is taxed at normal individual rates.

“The pass-through deduction is a huge change! This is going to impact a lot of taxpayers and unfortunately there is a lot needed from the IRS to understand how far reaching this will be,” Erickson said.

Taken as a whole, the new tax law was widely billed as a giant step forward toward a simpler tax code. Erickson says early indications are, that statement may be a little, well, too simple. “Some taxpayers will see a simplification,” she said. “For example, if you have an individual who itemized and those deductions were less than the new standard deduction amount, it may be easier for them. However, those impacted by changes such as the new pass-through deduction may not find the new tax code simple.”

What we’ve outlined here is merely a summary of the changes. Tax professionals should seek out training and education opportunities to get all the details, which Erickson stresses, are still being worked out. Guidance from the IRS is a work in progress.

“At a minimum, keep up-to-date will changes via the IRS website https://www.irs.gov/newsroom/tax-reform. There are several organizations such as NATP that are hosting webinars and other education events that cover the tax law changes. Attending the courses will help to understand the tax law changes.”