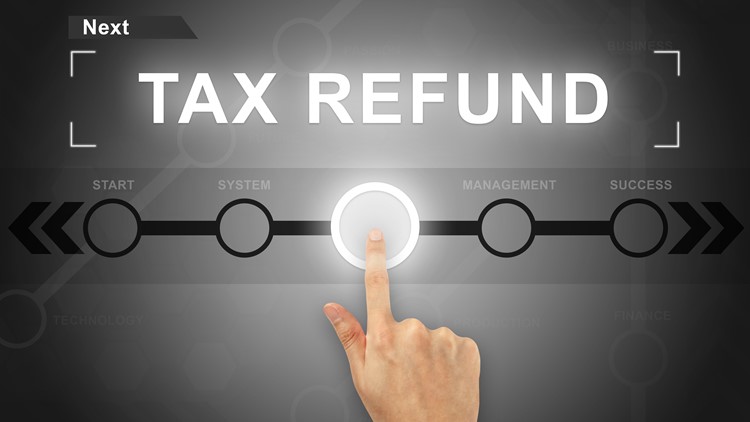 The effort to thwart identity theft and tax fraud has made this tax season more frustrating than usual for a lot of American taxpayers. Besides new rules on security at the federal level, numerous states have taken big steps to increase security on their end as well.

We recently told you about states that instituted delays in sending out refunds so they could better verify taxpayer information on the return was correct and not bogus. Some states said they wouldn’t process refunds until after a certain date. Those dates have now passed, so a mid-season check might be in order.

As with our initial list, we surveyed the websites of the states with personal income tax for news of further delays. We’ll start with the states that started delayed processing of returns until after a specified date:

Delaware – Initially, the Delaware Division of Revenue delayed processing of refunds until after Feb. 20. Since that date has come and gone, the state seems to be processing their refunds more or less normally now.

Kentucky – The Department of Revenue delayed individual tax refunds until after Feb. 15. But some Kentucky taxpayers also got a letter from the DOR asking them to take a short online survey that would confirm their identity. If the taxpayer failed the test twice, or did not take the quiz, the DOR would require additional documentation such as hard copies of W2s or 1099s before processing the return.

New Jersey – New Jersey was the late starter in this year’s tax race, staying at the starting line until March 1. Now that returns are being processed, though, electronic filers are being told their refunds could take four weeks to be issued. File on paper and that refund could take 12 weeks to show up.

Vermont – The Green Mountain State started processing state income tax returns the first week in February. But the Department of Taxes’ website cautions taxpayers “we may hold some returns until we receive W-2 withholding reports from employers.” Vermont has installed a new computer-based anti-fraud system called VTax that uses a toolkit of applications to spot fraudulent returns.

The other states in our informal survey didn’t set a specific start date for processing, but did alert taxpayers that state income tax returns could face delays before refunds were issued:

Arkansas – The Department of Finance and Administration said only that “certain refunds” may be delayed for security reasons.

Colorado – Their website warns that any state refund could be delayed as long as 60 days beyond the normal time.

Georgia – The Peach State website initially warned that individual state refunds could be delayed as many as 90 days before the payment is actually received.

Iowa – The DOR is holding EITC refunds until early March.

Massachusetts – With one of the longest delays we found, Massachusetts returns could take four to six weeks to process.

Mississippi – The Department of Revenue’s statement says it all: “The DOR does not guarantee a specific date that a refund will be deposited into a taxpayer’s financial account.”

Minnesota - The Minnesota Department of Revenue site contains the only caution that some returns may take longer to process: “Returns may take longer to process because of the increase in attempted refund fraud due to scams, stolen personal information and identity theft. The department will take the time necessary to review returns to make sure taxpayer dollars are not getting into the hands of criminals.”

Montana – The initial warning was that e-filed returns would take up to four weeks to process. But some Montana taxpayers got letters from the DOR saying their returns had been flagged so that taxpayer identities could be verified. The verification process could be completed online or on paper. Montana says their computer system picks up factors in e-filed returns that indicate possible identity fraud. Those returns are flagged and require identity validation before a refund can be issued.

North Carolina – Individual income tax returns could take an average of six weeks to process, but the DOR cautions it could take longer, depending on the return.

New Mexico – State tax refunds could take up to 12 weeks to be released, depending on when the return is e-filed.

Virginia – Expect e-filed returns to take up to four weeks to be processed. It should be noted that the Virginia Department of Taxation says individual income tax returns are due by May 1.

West Virginia – Like the other states, West Virginia is sending verification letters to some taxpayers. All individual income tax returns, with or without verification, could take up to four weeks to process.

As security threats grow, we can expect measures like these to become the norm rather than the exception. The relative success or failure of any method of blocking identity theft or tax fraud will quickly show its worth in the battle over taxpayer information security.