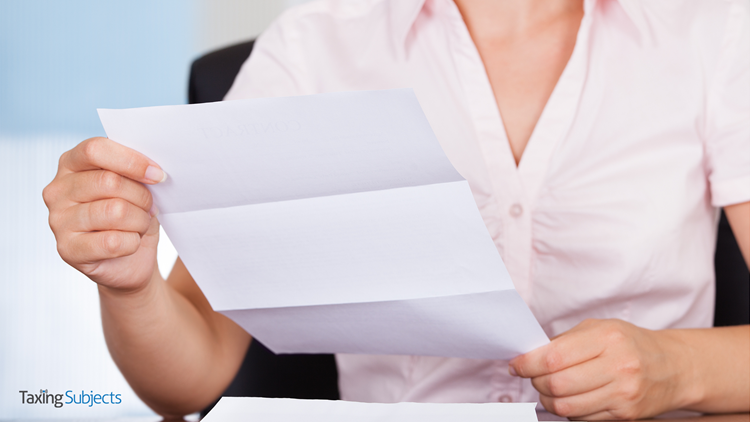 At a time when phishing scams have consistently been in the news, it’s understandable that taxpayers would be cautious about responding to letters from “the IRS.” Luckily, the IRS has suggestions for letter recipients.

Undoubtedly, tax professionals across the country have received frantic calls from clients who received a letter from the IRS. Some may have been worried about an audit, and others may have believed the letter to be part of a phishing scam. So what are some tips you can provide to make sure they don’t fall victim to a phishing scam and—when it’s actually a letter from the Internal Revenue Service—keep them compliant?

One of the first things a taxpayer can do to avoid a phishing scam is know how to spot one. According to the IRS, they “will never initiate contact using social media or text message. The first contact … usually comes in the mail.” That doesn’t mean a scam won’t be start with a physical letter—it’s just far less likely. Those who want to be doubly sure can check their tax account information on IRS.gov.

After confirming the letter is actually from the IRS, it’s time to see what needs to be done. Given the way IRS audits have been mythologized, it’s easy to see how a client who receives a letter could start to panic. A gentle reminder that legitimate IRS letters contain specific, easy-to-follow instructions can go a long way toward keeping the taxpayer calm. That being said, issues that generate a letter can be time sensitive, so the taxpayer should resolve the problem as soon as possible to avoid interest or other penalties.

Here are a few other tips for handling a letter or notice from the IRS:

Let’s be honest: Receiving a letter from the IRS probably feels the same as seeing blue lights in the rear-view mirror for most Americans. Talking someone through whatever prompted the letter can go a long way toward keeping that person as a client.