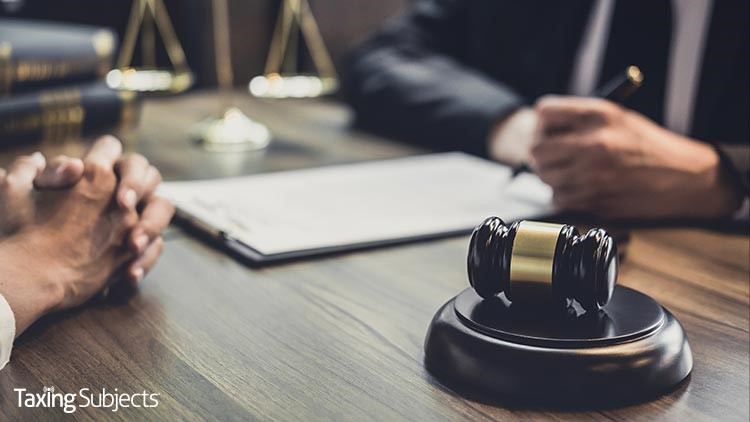 New research has found that the latest version of the U.S. estate tax fails in its job to tax large estates in an efficient and equitable manner, allowing the wealthiest estates to pass to heirs with an effective tax rate of just 2%.

The rich, it seems, really are getting richer – and the inheritance is nearly tax-free.

The research, published by the Brookings Institution and announced by Accounting Today, projects that Americans will inherit some $764 billion this year alone, and will pay an average of just 2.1% on that income in tax.

The author of the study, NY University law professor Lily Batchelder, notes the estimated tax on wages and savings is nearly 16% - more than seven times higher. Many higher-income workers pay far more in tax, with the top marginal rate now at 37% plus payroll taxes.

“If anything, we should be taxing income from inheritances at higher rates than income from work,” Batchelder told Accounting Today in an interview. Her research proposes to dump the estate tax altogether and replace it with an “inheritance tax.” It sounds like a mere play on words but it’s much more than that.

Batchelder’s published report lays out the details how the proposal would work. And there’s something to it. The Urban-Brookings Tax Policy Center figures the plan could raise as much as $1.4 trillion over the next decade.

At present, the wealthy and their estates are required to pay 40% tax on bequests and gifts to heirs. But Accounting Today says there are a number of ways to avoid it. For married couples, the first $23.2 million of an estate is tax-exempt, and the wealthy can convey even more to heirs tax-free through the use of trusts and other complicated strategies.

Batchelder’s plan would instead scrap the estate tax and install a system where heirs pay income and payroll taxes on the funds they get. The plan strives to ensure only the richest heirs would pay the new tax, by exempting inheritances from tax until a lifetime threshold has been reached.

For example, if the threshold is set at $2.5 million, lifetime inheritances of less than that amount would be tax free, and the plan would still raise $340 billion over the next decade from the top 0.002% of heirs, according to the Tax Policy Center.

When the lifetime exemption is $1 million, more than $900 billion would be generated in taxes paid by the top 0.08% of heirs.

Other Provisions in the Mix

The published report also includes other secondary tweaks to the inheritance process:

“In addition, the proposal would partially repeal two provisions in the income tax—carryover basis and stepped-up basis—that, respectively, substantially reduce the tax due on accrued gains on gifted assets and completely eliminate it for bequeathed assets. Instead, such gains would be taxed at the time of transfer to the extent they are especially large. To address concerns about family-owned and -operated businesses and primary residences, the proposal would allow heirs to indefinitely defer any inheritance tax they owe (with interest) to the extent it could require them to sell such assets.”

Batchelder told Accounting Today the actual revenue from an inheritance tax could be much higher though, because the estimates don’t include some other parts of the overall proposal, such as the closing of many tax-planning loopholes.