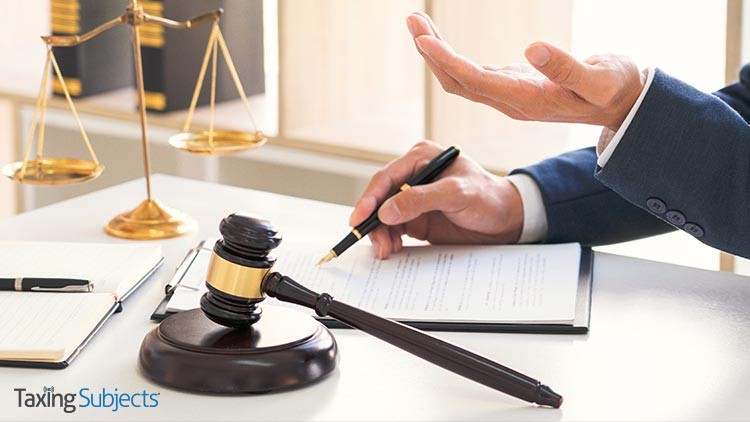 Erin Collins apparently loves a challenge. Collins, recently named the new National Taxpayer Advocate, has started her new position ahead of time in order to provide the Taxpayer Advocate Service (TAS) with complete leadership during this unsettled time.

Collins’ appointment as Advocate is a critical position inside the IRS, leading the TAS while serving as a voice for taxpayers inside the IRS and a senior advisor to the leadership of the agency. The National Taxpayer Advocate is also crucial for recommending potential changes in legislation.

"Collins is an excellent choice for this key position because she is familiar with tax issues from inside and outside the IRS," said IRS Commissioner Charles Rettig. "The IRS leadership team and I look forward to a meaningful, productive working relationship with Collins and the Taxpayer Advocate Service to help improve our tax system for everyone."

Not one to walk away from crisis, Collins said she’ll meet the challenge head-on.

"I will be starting my position as the National Taxpayer Advocate earlier than originally planned due to the recent national emergency," Collins said. "I can't imagine a more critical time to lead the Taxpayer Advocate Service and to help the nation's taxpayers during this time.”

Collins was appointed in February by Treasury Secretary Steven Mnuchin. She replaces Nina Olson, who retired in July 2019 after serving as the nation’s Taxpayer Advocate for more than 18 years.

Commissioner Rettig also voiced his thanks to Bridget Roberts, who served as the acting Advocate when Olson left. Roberts now returns to her former post as Deputy National Taxpayer Advocate.

Tax Pro with a Proud History

Collins has extensive background in the tax community including 20 years as a managing director of KPMG's Tax Controversy Services practice for the Western Area. Before that, she was an attorney in the IRS Office of Chief Counsel for 15 years. Throughout her career, she represented individuals, partnerships and corporate taxpayers on technical and procedural tax matters.

Collins has also provided pro bono services to taxpayers to resolve disputes with the IRS. Collins also donated her time to non-profit boards focusing on underserved communities where English is typically not the primary language spoken at home.

"Her interests fit in perfectly with the priorities of the Taxpayer Advocate Service, specifically, and the IRS, more generally," Rettig added.

The Taxpayer Advocate Service helps taxpayers and protects taxpayer rights. The Service has at least one local taxpayer advocate office in every state as well as the District of Columbia and Puerto Rico. TAS can help taxpayers needing assistance resolving an IRS problem, if their problem is causing financial difficulty, or if the taxpayer believes an IRS system or procedure isn’t working as it should.

Taxpayers can call their local advocate, whose number is in their local directory. Check out the TAS website to learn more about the Taxpayer Advocate Service and how it can help.