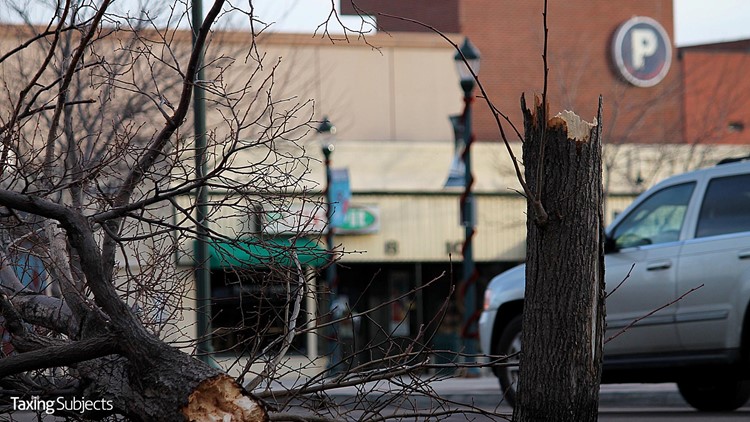 The Internal Revenue Service has granted tax relief for victims of the recent severe storms in Missouri. The April storms produced straight-line winds, tornadoes and flooding in at least 26 counties.

The hardest-hit areas have been declared a federal disaster area, leading the IRS to take its action. The relief measures are for taxpayers who live or own a business in one of the Missouri counties named in the disaster declaration: Bollinger, Butler, Carter, Douglas, Dunklin, Franklin, Gasconade, Howell, Jasper, Jefferson, Madison, Maries, McDonald, Newton, Oregon, Osage, Ozark, Pemiscot, Phelps, Pulaski, Reynolds, Ripley, Shannon, St. Louis, Stone, Taney, or Texas counties.

The IRS declaration permits the agency to postpone certain deadlines for taxpayers who live in or own a business inside the disaster area.

For instance, taxpayers in the disaster area with certain deadlines falling on or after April 28 and before Aug. 31 are granted additional time to file through August 31. This includes the estimated tax payment (due on June 15, 2017) and the quarterly payroll tax returns (due on April 30, 2017 and July 31, 2017).  Affected taxpayers who have an estimated income tax payment originally due on or after April 28 and before Aug. 31 will not be subject to penalties for failure to pay estimated tax installments as long as such payments are paid on or before August 31.

If an affected taxpayer gets a late-filing or late-payment notice from the IRS with a due date that falls within the postponement period, the taxpayer can call the phone number included on the notice in order to have the IRS abate the penalty.

IRS systems automatically identify taxpayers located in the disaster area and can apply payment and filing relief. However, taxpayers outside the declared disaster area should call the IRS disaster hotline at 866-562-5227 to request the tax relief.