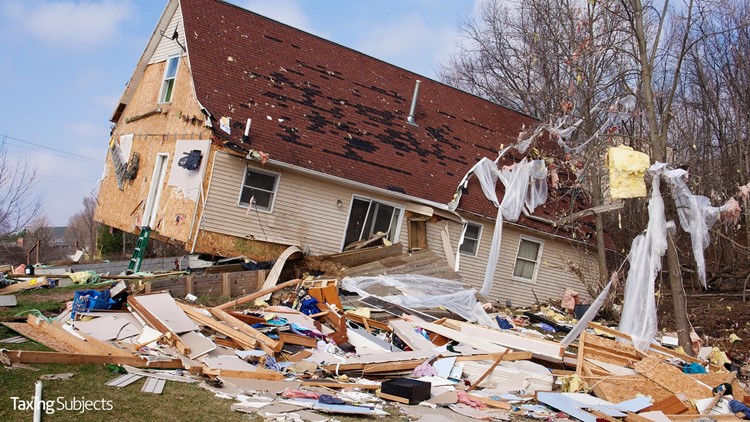 2017 has been a banner year in the weather disaster category: multiple hurricanes, floods, epic brush fires and more. It all adds up to a lot of Americans falling victim to property losses. With that in mind, the Internal Revenue Service has issued guidance that provides safe harbor methods individuals can use in determining the amount of their casualty loss for homes and personal belongings.

The safe harbor methods are spelled out in Revenue Procedure 2018-08. Four of the methods may be used for any qualifying casualty or theft loss; three are specifically targeted at losses from a federally declared disaster.

Another safe harbor method, contained in Revenue Procedure 2018-09, allows taxpayers to use one or more cost indexes to determine amount of loss due to Hurricane Harvey, Hurricane Irma or Hurricane Maria during 2017. The indexes contain tables with per-square-foot costs for Texas, Louisiana, Florida, Georgia, South Carolina, Puerto Rico and the U.S. Virgin Islands.

If taxpayers want to explore claiming losses by filing an original or amended return for Tax Year 2016, the IRS has also issued a new revision of the 2016 Form 4684 and 2016 Instructions for Form 4684. The 2017 revision of Form 4684, its instructions and any additional information will be available before the start of the filing season at IRS.gov/Form4684.