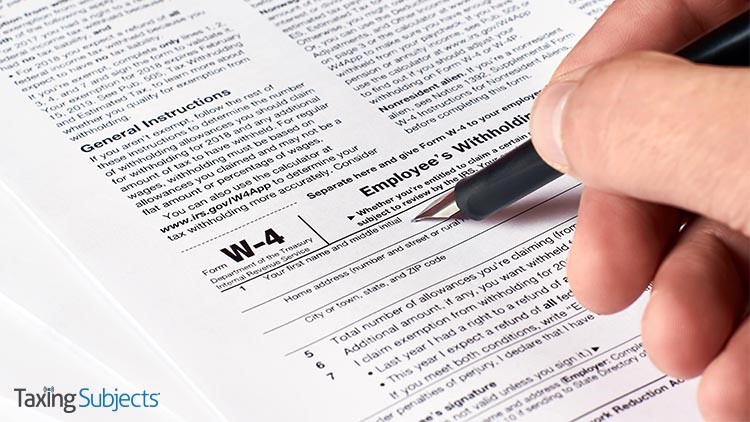 The Internal Revenue Service has unveiled a revised Form W-4, issuing a draft of the form for 2020. The changes, they say, will make accurate withholding choices easier for employees.

The revised form implements changes made necessary after the tax reform legislation of 2017. The legislation, called the Tax Cuts and Jobs Act, made major revisions to the tax code that affect taxpayer withholding.

“The new draft Form W-4 reflects important feedback from the payroll community and others in the tax community,” said IRS Commissioner Chuck Rettig. “The primary goals of the new design are to provide simplicity, accuracy and privacy for employees while minimizing burden for employers and payroll processors.”

The IRS collected “extensive” feedback over the course of the last year and worked closely with the payroll and tax communities to develop their redesign. A near-final draft of the Form W-4 is expected in July, with a final version predicted for November.

The IRS is accepting comments on this draft Form W-4, but only for 30 days. An FAQ list is also available to facilitate reviews of the form. The IRS expects related instructions for employers will be released in the coming weeks for comment as well.

“The IRS reminds taxpayers that this draft Form W-4 is not for current use, but is a draft of the form to be used starting in 2020,” the IRS release states. “Employees who have submitted a Form W-4 in any year before 2020 will not be required to submit a new form merely because of the redesign. Employers can continue to compute withholding based on the information from the employee’s most recently submitted Form W-4.”

Taxpayers should continue using the current Form W-4 for 2019. The IRS urges people to do a Paycheck Checkup as soon as possible to help ensure the right amount of tax is being withheld from paychecks—especially if they had either too much or too little tax withheld when they filed their 2018 taxes. Taxpayers who have had major life changes, such as a marriage or a new child, should also check their withholding.

The IRS reminds that the agency cannot respond to individuals who submit comments, but it does appreciate the feedback and will consider all the comments received.