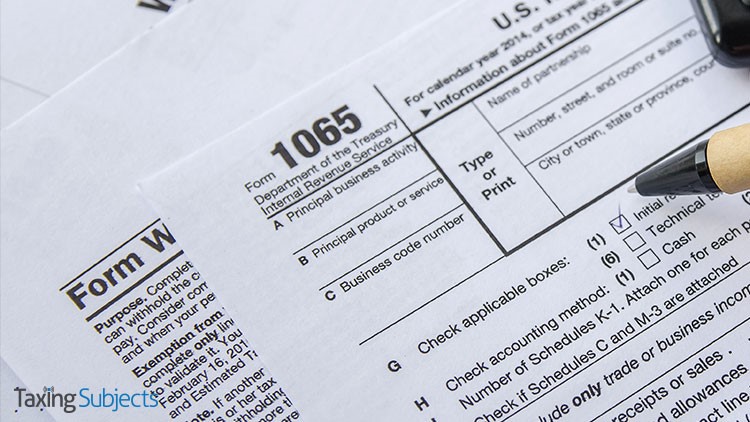 The IRS has released draft forms for revised versions of Form 1065, Form 1120-S and Schedule K-1 for tax year 2019. The Internal Revenue Service says the changes aim to improve “quality of the information reported by partnerships, both to the IRS and the partners of such entities.”

One of the changes is the addition of a checkbox that allows the taxpayer to indicate if certain grouping or aggregation elections have been made. The IRS says other changes were made to be consistent with the most recent tax reform legislation, passed in late 2017.

The additional information requested in the draft Form 1065 and Schedule K-1 is intended to help the IRS better assess whether the taxpayer poses a compliance risk, identifying potential noncompliance while ensuring compliant taxpayers are less likely to be examined.

The IRS says the changes will also help their tax administration efforts in the partnership arena.

Similar changes can be found in the draft of the tax year 2019 Form 1120-S, U.S. Income Tax Return for an S Corporation (PDF), and its Schedule K-1 , Shareholder’s Share of Income, Deductions, Credits, etc., (PDF), which were also released.

An IRS press release says one reason for the revised forms is the increase in partnership tax returns filed over the past 15 years. “For calendar year 2004, about 2.5 million partnerships filed Form 1065; by calendar year 2017, that number had risen to more than 4 million, an increase of 59 percent. The rise in filings by partnerships was considerably greater than the rise in filing by C-corporations and S-corporations, combined, which rose about 14 percent over the same timeframe,” the IRS said.

All the forms in this release are termed “near-final forms” by the IRS.

The drafts are intended to give tax professionals an advance look at the changes and to give software providers information they need to update their systems before the final versions are released in December.

The IRS is accepting comments for 30 days at IRS.gov/FormComments.