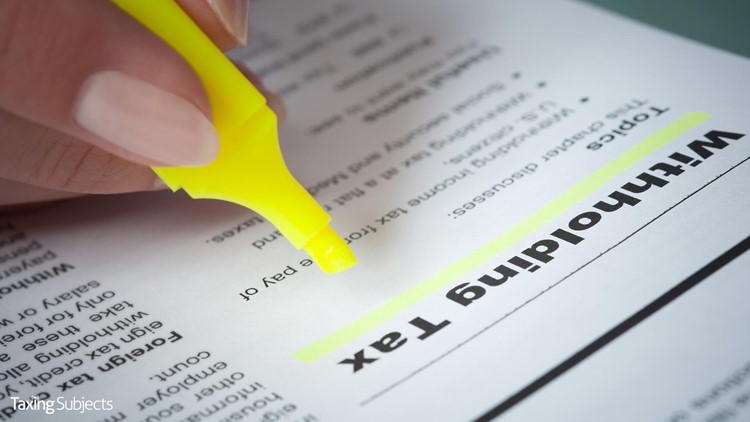 The Internal Revenue Service says taxpayers need to check on their withholding levels to see if they have the right amount of tax held out of their paychecks. The reason is the new tax reform law that went into effect this year made changes to the withholding tables used to calculate tax due.

Recent reports show many taxpayers could see their refund amounts change when they file their 2018 taxes next season. Some of the other significant changes made by the Tax Cuts and Jobs Act include:

Checking and adjusting taxpayer withholding now can avoid a couple of problems later on: First, it can head of a larger-than-expected tax bill for taxpayers who may not have enough withheld from their paychecks; second, it might result in more take-home pay for those taxpayers who have too much withheld now.

Who needs to check withholding levels? The IRS says the best candidates are those taxpayers who:

To do a “Paycheck Checkup” as recommended by the IRS, taxpayers or tax pros can use the IRS Withholding Calculator and consult Publication 505, Tax Withholding and Estimated Tax, for the latest information on the new changes.