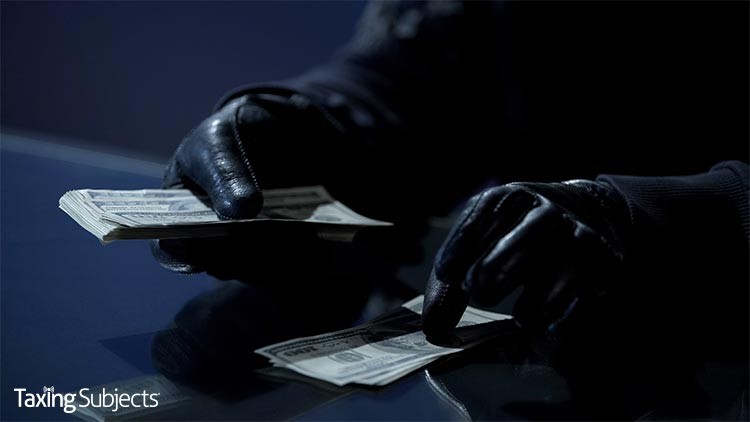 The Internal Revenue Service is offering a limited-time settlement for certain taxpayers under audit who took part in an abusive micro-captive insurance scheme. By participating, qualified taxpayers can escape tax evasion charges, but must pay back tax owed plus penalties.

Abusive micro-captive schemes have been on the IRS radar since 2014 when they first appeared on the IRS “Dirty Dozen” list of tax scams. In 2016, The IRS and the Treasury Department identified certain micro-captive transactions in Notice 2016-66, saying those transactions “have the potential for tax avoidance and evasion.”

Tax law, the IRS notes, generally allows businesses to create what is called “captive” insurance companies to protect against certain risks. But taxpayers run into trouble when this is misapplied.

“Under section 831(b) of the Internal Revenue Code, certain small insurance companies can choose to pay tax only on their investment income,” the IRS states in a release. “In abusive ‘micro-captive’ structures, promoters, accountants, or wealth planners persuade owners of closely held entities to participate in schemes that lack many of the attributes of genuine insurance.”

The IRS says it has consistently disallowed tax benefits of abusive micro-captive transactions and will continue to do so in court. Although some taxpayers have taken the IRS to court over the purported tax break, none were successful.

The settlement offer comes after a string of wins in U.S. Tax Court, where the court sustained the IRS’ disallowance of the claimed tax benefits in three separate cases. The IRS has now decided to offer its settlement terms to up to 200 taxpayers.

“The IRS is taking this step in the interests of sound tax administration,” IRS Commissioner Chuck Rettig said. “We encourage taxpayers under exam and their advisors to take a realistic look at their matter and carefully review the settlement offer, which we believe is the best option for them given recent court cases. We will continue to vigorously pursue these and other similar abusive transactions going forward.”

Who Gets the Deal

The settlement offer allows taxpayers to close their outstanding cases while paying a hefty portion of the outstanding tax and other amounts owed. Penalties will be charged unless the taxpayer can demonstrate good faith and reasonable reliance.

The IRS says participants in the settlement offer are limited to taxpayers with at least one open year under examination. Those with unresolved years under the jurisdiction of the IRS Appeals division may also be eligible, however, those with pending docketed years under Counsel’s jurisdiction are not.

The IRS says it is assessing whether to expand the offer beyond the current 200 taxpayers.

The IRS is clear that failure to participate in the settlement offer wouldn’t necessarily get a taxpayer better terms. First, those who get a letter but reject the offer will continue to be audited by the IRS under its normal procedure. This means the possible outcomes include full disallowance of any captive insurance deductions, inclusion of income by the captive, and imposition of all applicable penalties.

Taxpayers who get the offer letter but decline to participate won’t get any other IRS offers for settlement, either. The IRS also warns that it has plans to open additional examinations into micro-captive insurance transactions.

Although taxpayers who decline to participate will have full appeals rights, the IRS says its Independent Office of Appeals is aware of the settlement offer. The IRS press release makes it clear that for taxpayers with outstanding micro-captive transaction cases, this offer is as good as it gets: “Given the current state of the law, it is the view of the IRS Independent Office of Appeals that these terms generally reflect the hazards of litigation faced by taxpayers, and taxpayers should not expect to receive better terms in Appeals than those offered under this initiative.”