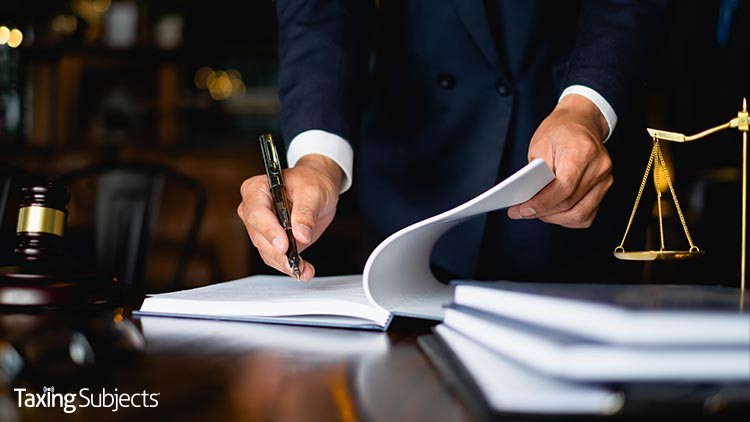 As we’ve mentioned before, the Internal Revenue Service has been fighting abusive tax shelters that use syndicated conservation easements as their main vehicle. More details have now been released on how their prosecution may unfold.

The cases involve abusive syndicated conservation easement transactions laid out in IRS Notice 2017-10 (“SCE Transactions”). Previous details of the settlement initiative can be found in the IRS news release IR-2020-196.

“The IRS encourages investors to seek independent professional assistance with understanding the settlement terms and CC Notice, and to help them assess their hazards of litigation. Investors would be well advised to obtain counsel from competent, independent advisers not related to or recommended by the SCE transaction promoter,” the IRS writes.

The IRS assesses its effort to crack down on these abusive tax schemes as “very successful.”

The IRS isn't convinced by the "different" defense.

Some promoters, the IRS notes, have tried to distance their particular scheme from those in the IRS crosshairs, claiming their transactions are “different” and don’t suffer from the same flaws as the stated plans.

The agency will soon publish updates to the Conservation Easement Audit Technique Guide that set out new arguments that taxpayers can expect the IRS to make in SCE cases.

The newly established Office of Fraud Enforcement and the National Fraud Counsel are teaming up with examining agents and Chief Counsel attorneys to canvas cases for additional fraud considerations, which might include assertion of the 75% civil fraud penalty, or where applicable, referrals to Criminal Investigation.

The CC Notice, the IRS reminds, also responds to a frequent question raised by several groups of partners who have approached the IRS Chief Counsel, asking to resolve their cases. The Chief Counsel settlement initiative requires the partnership engaged in the SCE transaction - and all of its partners - to agree to settle on the terms offered by the IRS.

The terms include a complete disallowance of the claimed charitable contribution deductions and penalties, although some partners may deduct their cost of investing in the partnership. In rare cases, Chief Counsel has the authority to permit less than all the partners to settle on these terms.

Why are some settling groups paying an additional penalty?

In most cases, though, the IRS will demand that settling groups of less than all partners pay an additional 5% penalty, offsetting the lost efficiencies of the IRS having to proceed with the partnership case.

Individual partners or groups of partners have just 30 days from the date of the CC Notice to elect to settle.