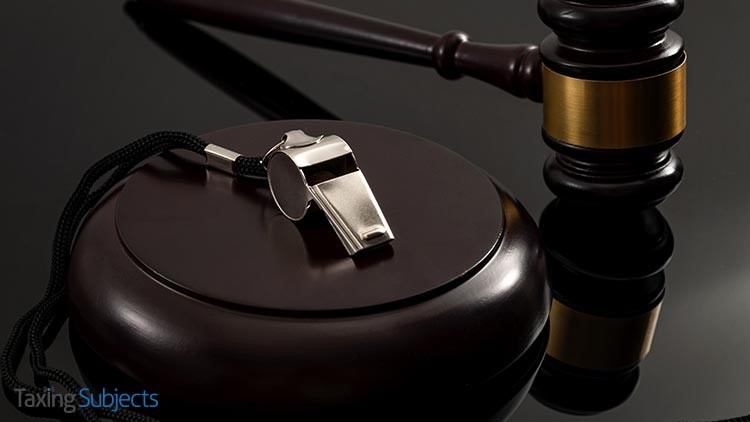 Whistleblowers who provided information to the Internal Revenue Service may soon have an easier time collecting their reward. The IRS and Alcohol and Tobacco Tax and Trade Bureau announced that they have formalized procedures that will improve how IRS Whistleblower Office claims are handled.

What is the IRS Whistleblower Office?

Generally, a whistleblower is an employee or member who reports suspected illegal activity occurring within their business or organization to the authorities. The IRS Whistleblower Office was established in 2006 by the Tax Relief and Health Care Act to “process tips received from individuals who spot tax problems in their workplace, while conducting day-to-day personal business or anywhere else they may be encountered.”

While many whistleblowers come forward out of a sense of duty or propriety, law enforcement agencies often rely on reward money as an added incentive—and the IRS is no different. To encourage whistleblowers to give the IRS information on people trying to dodge their tax bill, the 2006 legislation provided “an award worth between 15 and 30 percent of the total proceeds that the IRS collects … [if it] is more than $2 million.” If the whistleblower tip is about an individual and not an organization, “they must have at least $200,000 in gross income” to generate a percentage-based award.

Whistleblowers who have information on individuals and organizations who don’t meet those thresholds aren’t left empty handed: “The IRS also has an award program for other whistleblowers … with a maximum award of 15 percent up to $10 million.”

What did the IRS and TTB announcement change?

The press release did not include specific details about the new whistleblower claims procedures, but it did note that they would “enable a partnership with TTB to provide a consistent approach for claims for a whistleblower award administered under Internal Revenue laws.” More information from both agencies will likely be available soon.