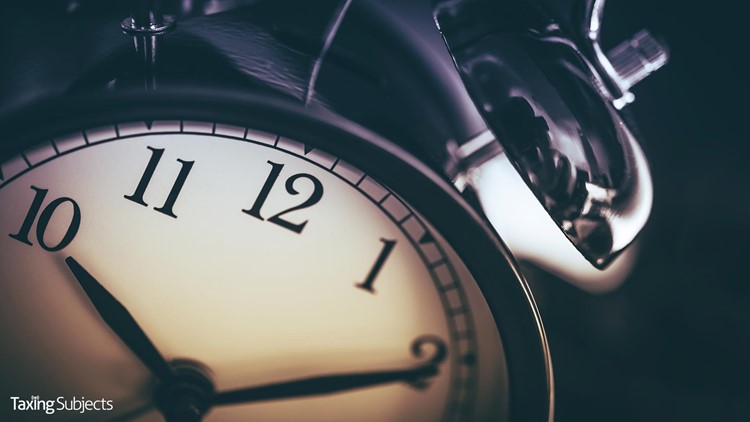 Taxpayers of Puerto Rico, the U.S. Virgin Islands or American Samoa who were affected by last year’s hurricanes or tropical storms are reminded they face a deadline to file their 2017 federal income tax returns—and pay any tax due.

The standard filing deadline was extended for storm victims to June 29 by the IRS, and if the return is filed by the deadline and any tax due is paid, no late-filing penalty, late-payment penalty or interest will be assessed.

Bona fide residents who relocated from those three islands to the mainland due to last year’s storms are additionally reminded that they may need to file Form 8898, Statement for Individuals Who Begin or End Bona Fide Residence in a U.S. Possession. The form must be filed with taxpayers’ Form 1040 or Form 1040NR.

Because of the IRS-granted extension, Forms 8898 are also due by the Friday, June 29 filing deadline.

Storm victims of Puerto Rico, American Samoa and the U.S. Virgin Islands may also file for a further extension which would give them until Oct. 15, 2018 to file their 2017 federal income tax returns and Form 8898, provided the request is accepted by the June 29 deadline.

Anyone who had total gross income exceeding $75,000 for the year and became—or ceased to be—a bona fide resident of a U.S. possession or territory should think about filing Form 8898. This would include residents of Puerto Rico, the U.S. Virgin Islands and American Samoa along with Guam and the Commonwealth of the Northern Mariana Islands.

In most cases, this means that a person who lives and works in a U.S. territory and spends most of their time there is considered a bona fide resident of that territory. Special residency rules apply for active duty military members of the U.S. Armed Forces and their civilian spouses.

Generally, a taxpayer is a bona fide resident of a U.S. territory if they:

Those Puerto Ricans and Virgin Islanders who left due to the hurricanes, but returned or plan to do so will not be expected to file Form 8898. That, the IRS notes, is because the special relief granted to storm victims does not consider the time from Sept. 6, 2017 to May 31, 2018, as time away from the territory. Check out IRS Notice 2018-19 and Publication 570 for more information.

The IRS also has a special disaster hotline at 866-562-5227 to field questions from storm victims.