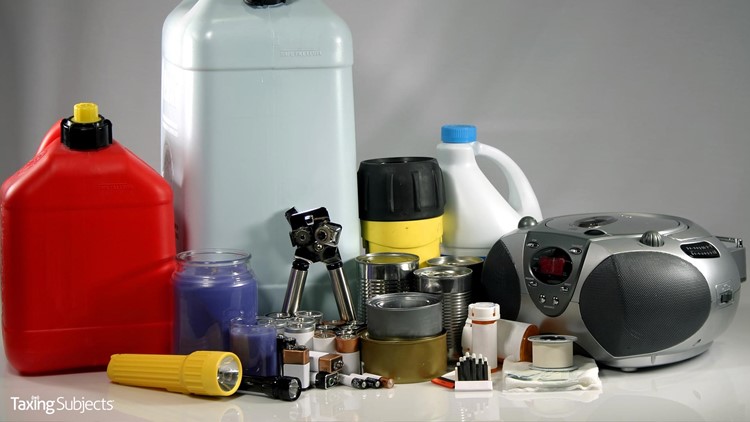 Last week may have been National Small Business Week, but the IRS also reminded taxpayers that it was Hurricane Preparedness Week. To help taxpayers who might get caught in a natural disaster, the agency issued a series of tips to help them develop an emergency plan and preserve important documents.

To emphasize the need for creating an emergency plan, the IRS highlighted the sheer number of recent disasters that have needed a response: “In the past 18 months, the IRS responded to presidentially declared disasters in 15 states and U.S. territories.” In addition to hurricanes, the government had to respond to a wide variety of disasters—from wild fires to floods. As such, the advice in the press release was not tailored to a specific type of disaster.

Some taxpayers may live in regions that aren’t usually affected by natural disasters, which can keep them from feeling pressure to develop and maintain an emergency plan. That said, extreme weather and large storm systems can sweep across those areas. Case in point, taxpayers who don’t live on the coast were affected by major hurricanes in 2018.

The first item on the IRS Hurricane Preparedness Week itinerary addressed how often taxpayers should update their emergency plan. According to the press release, taxpayers need to take a look at their emergency plan every year, and “they need to be updated when changes occur, such as change in marital status, size of the family, or relocations.” As for a business emergency plan, they need to be updated “when a company or organization hires new employees or changes functions.”

Just as taxpayers will want to keep track of bank statements and prior-year tax returns, the IRS also reminded that documenting valuables in the home can help when claiming those items with insurance. (Note: The IRS recommends “photos should be stored with backup files outside the area that may be affected by a disaster.”)

Unfortunately, scammers try to cash in when natural disasters strike. The IRS warned taxpayers interested in donating to charitable causes to keep an eye out for fake charities—especially those that set up websites with names similar to existing organizations. These criminals will also try using tried-and-true phishing strategies: “telephone, social media, e-mail, or in-person.”

Finally, the IRS noted that losses incurred during a natural disaster have been limited by the Tax Cuts and Jobs Act.