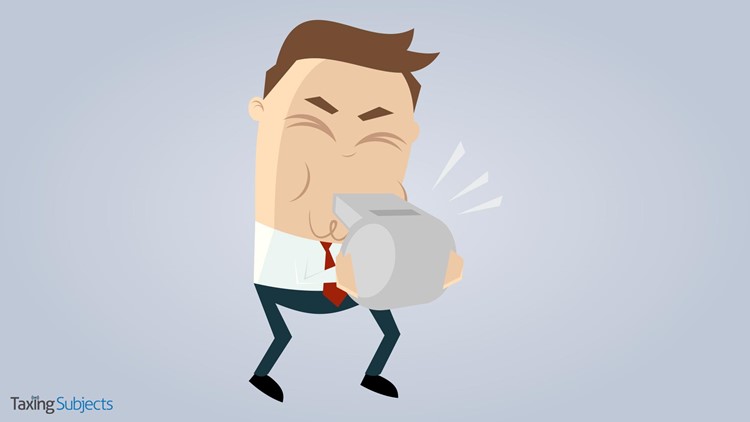 A study by the Government Accountability Office shows that whistleblowers may not be getting the reward money they’re entitled to after alerting the IRS to illegal foreign bank accounts. The GAO says that may be keeping others from coming forward with valuable information.

A Change in Law

IRS pays qualifying whistleblowers between 15 and 30 percent of the proceeds it collects as a result of their information. However, until 2018 the IRS did not pay whistleblowers for information that led to the collection of FBAR penalties. The IRS interpreted the existing law to mean that such penalties were excluded from whistleblower awards.

In February 2018, Congress passed legislation that requires the Internal Revenue Service to include penalties for violations in the Report of Foreign Bank and Financial Accounts (FBAR) in calculations for whistleblower awards.

GAO found that there were more than 130 whistleblower claims closed between January 2012 and July, 2017 with FBAR penalties totaling some $10.7 million assessed in 28 of the cases. It was unknown if the whistleblower’s information let the IRS to take action in all the cases.

If the penalties in those cases had been included in the whistleblower awards, it could have meant awards up to $3.2 million for the informants. Over 97 percent of the FBAR penalties collected from the 28 claims came from just 10 cases with willful FBAR noncompliance, which carried higher penalties.

The GAO’s James R. McTigue, Jr., director of the Strategic Issues Team, said in the agency’s report that investigating data from the Report of Foreign Bank and Financial Accounts can lead to a chain of cause –and-effect that increases criminal penalties.

“FBARs help the government identify and prevent tax evasion, money laundering, terrorist financing, and other crimes. IRS enforces FBAR filing requirements. Individuals who fail to disclose these accounts and pay appropriate taxes on them contribute to the tax gap. If IRS identifies these unreported accounts and income, it can assess taxes, interest, and penalties,” McTigue writes.

For each FBAR violation, the penalty for willful violations can be as high as the larger of $100,000 – or half the value of the unreported account at the time of the violation. The GAO says some estimates put the value of offshore accounts in the hundreds of billions to over a trillion dollars.

McTigue writes that discussions with attorneys for whistleblowers reveal that being excluded from FBAR penalty calculations was a real factor in whether tipsters come forward or not. “Their concerns are important to the success of the whistleblower program because if whistleblowers are discouraged from coming forward, IRS risks losing opportunities to identify tax fraud and abuse and ultimately reduce the tax gap. This loss of help in identifying noncompliance could be significant for IRS. According to IRS, between 2007 and 2017, whistleblower information helped IRS collect $3.6 billion in tax revenue that may have otherwise gone uncollected.”

Upon receiving whistleblower allegations, the IRS forwards FBAR noncompliance cases to its various operating divisions for further examination. But the GAO found that the IRS Form 11369, a key form used for making award determinations, doesn’t include information about the usefulness of a whistleblower’s information. As of June of 2018, the IRS had not updated the form to get in line with the new law including penalties in awards.

“The lack of clear instructions on the form for examiners to include information on FBAR and other non-tax enforcement collections may result in relevant information being excluded from whistleblower award decisions,” the GAO reports.

The GAO report also finds room for improvement in the data that keeps track of FBAR penalties. The data is kept in a standalone database and currently uses the data for internal and external reporting and management decisions. However, it needs to be available for determining whistleblower awards, the GAO recommends. The report finds the IRS doesn’t have sufficient quality controls in place to ensure the reliability of its FBAR penalty data. Information is entered manually into the database, without any secondary checks to ensure the accuracy of the data.

“The FBAR Database is the only comprehensive source of information within IRS about the FBAR penalties assessed and paid,” McTigue concludes. “If this database does not have the controls necessary to provide reasonable assurance that the data are reliable, accurate, and complete, there is a risk that the Whistleblower Office may make award determinations based on incorrect data.”