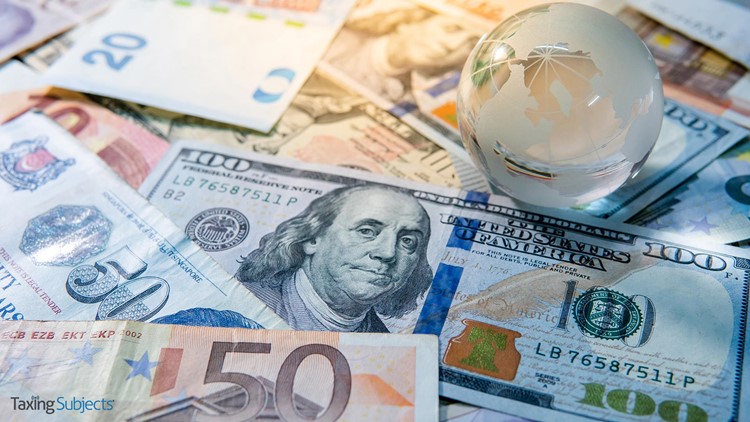 A new report finds the U.S. isn’t using the available tools effectively to improve compliance among American taxpayers living abroad. In fact, the burdens of complying with the provisions may be encouraging more Americans abroad to give up their U.S. citizenship.

Congress asked the Government Accountability Office (GAO) to look at how the Foreign Account Tax Compliance Act (FATCA) was being implemented and determine what that means for U.S. citizens living overseas.

To carry out its mission, GAO said its auditors:

The intent of FATCA, which was passed into law in 2010, was to create greater transparency and accountability over offshore assets held by American taxpayers. Foreign financial institutions (FFIs) were to provide information on foreign accounts held by American citizens.

But GAO auditors found data quality and management issues have limited that provision’s effectiveness. The IRS has had difficulties matching the information reported by FFIs with the U.S. taxpayer’s filings, due to missing or inaccurate Taxpayer Identification Numbers provided by the FFI.

The GAO study also found that a duplication of efforts is also hurting overall effectiveness. The IRS and the Financial Crimes Enforcement Network (FinCEN) both collect the same foreign financial account and other asset information from U.S. taxpayers.

Ironically, both the IRS and FinCEN operate out of the Treasury Department.

As a result, in tax years 2015 and 2016, the GAO found close to 75 percent of American taxpayers who reported information on foreign accounts and other assets on their tax returns also filed a separate form with FinCEN. Both filings had largely the same information.

“The overlapping requirements increase the compliance burden on U.S. persons and add complexity that can create confusion, potentially resulting in inaccurate or unnecessary reporting,” the GAO report states.

The GAO found that, after FATCA was enacted, foreign financial institutions closed some U.S. citizens’ accounts or denied them an opportunity to open new accounts because of the costs and risks they posed under FATCA reporting requirements. Some taxpayers found it easier to give up their citizenship than to try to comply.

“According to Department of State data, annual approvals of renunciations of U.S. citizenship increased from 1,601 to 4,449—or nearly 178 percent—from 2011 through 2016, attributable in part to the difficulties cited,” the GAO report adds.

While the IRS has arrangements with the Department of State to “address challenges U.S. persons faced in accessing foreign financial services,” it doesn’t have similar agreements with other agencies. GAO says sharing information among agencies can help ease the reporting burden for taxpayers and get better data.

The GAO made seven recommendations to the IRS and other agencies to enhance the agency’s ability to leverage FATCA data to enforce compliance, address unnecessary reporting, and to better collaborate to ease the burdens on U.S. taxpayers living abroad.

The Department of State and the Social Security Administration agreed with the recommendations. The Treasury Department and the IRS neither agreed nor disagreed.

The GAO also sent its recommendations back to the House for possible action to address overlap in foreign asset reporting requirements.