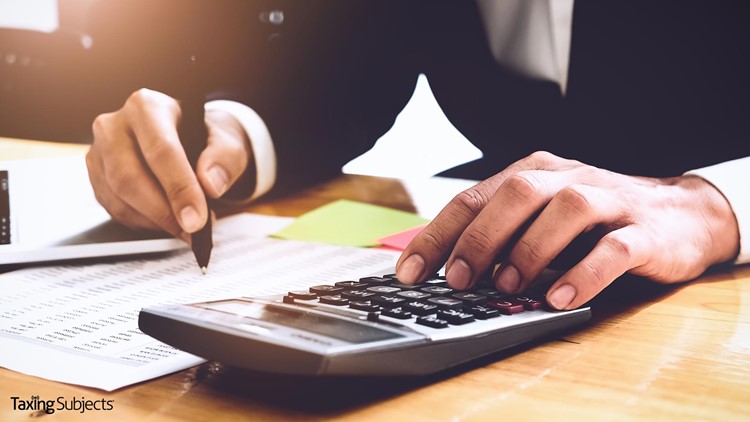 There’s an old phrase that goes, “Beware of Greeks Bearing Gifts.” It refers to an ancient ruse that ended a war and made headlines throughout the ancient world.

It stems from the Trojan War, which ended when the Greeks built a giant wooden horse as a “farewell gift” to their adversaries, the Trojans. Left outside the city gates by what appeared to be a departing Greek army, the Trojans, being horse people, couldn’t resist. It was the offer they couldn’t refuse. They didn’t know a contingent of Greek soldiers were hidden inside the horse. Late that night, those ancient commandos emerged and took over the city for Greece.

OK, you can forget about the Greek part. But when someone who claims to be a tax professional tells a customer he or she can guarantee otherwise unbelievable refunds, red flags should be immediately hoisted and alarm bells rung. The IRS says such promises are the hallmark of an unscrupulous tax preparer and should be avoided. That’s why inflated refunds are on this year’s Dirty Dozen list of common tax scams from the IRS.

Return preparers who promise larger refunds than their competitors or provide refunds substantially larger than the taxpayer has routinely gotten in years past could be a warning sign.

“These unscrupulous individuals may dupe others into making claims for fictitious rebates, benefits or tax credits. They may also file a false return in their client’s name, and the client never knows that a refund was paid,” the IRS writes.

“Cons may also target those with a filing requirement who are due a tax refund. This may be done by promising larger refunds based on fake Social Security benefits and false claims for education credits or the Earned Income Tax Credit (EITC), among others.”

Con artists promising overly large refunds frequently prey on older Americans and low-income taxpayers and those who don’t have a filing requirement. They may also victimize non-English speakers who may or may not have a requirement to file a tax return.

Unscrupulous preparers may dupe others into making claims for fictitious rebates, benefits or tax credits. They may also file a false return in their client’s name, and the client never knows that a refund was paid.

So what makes an illegal tax return, well…illegal? When it comes to inflated refunds, filing a phony information return, such as using made-up Forms 1099 or W-2, is a patently illegal way to lower the amount of tax owed. Using self-prepared, “corrected,” or otherwise bogus forms that improperly report taxable income as zero is also illegal. And the same goes for submitting a statement rebutting wages and taxes reported by a third-party payer to the IRS.

In some cases, scammers make refund claims based on a bogus theory that the federal government maintains secret accounts for U.S. citizens and that taxpayers can gain access to those accounts by issuing 1099-OID Forms to the IRS.

Taxpayers and tax preparers should all resist the temptation to try this scheme. The IRS and the courts are all aware of the scam; judges have consistently rejected attempts to use it as a tax dodge. Perpetrators are levied significant penalties including fines, jail time – or both. Just filing this type of tax return can result in a $5,000 penalty.

Red Flags When Choosing a Preparer

A good place to start when choosing a tax professional is to check out the IRS Directory of Federal Tax Return Preparers with Credentials and Select Qualifications. This online tool can help to find a professional tax return preparer with the right qualifications.

Legitimate tax professionals will provide their customers with a copy of the tax return that’s been prepared. Scammers frequently will not give their victims a copy, lest the inflated numbers become apparent.

Honest tax pros will never use their bank account as a deposit site for the customer’s refund. The scammers then deduct a large “fee” before sending the remainder of the refund to the victim. This practice isn’t used by legitimate tax preparers.

Here’s what the IRS has to say about preparers who deposit their customers’ refunds:

“Direct deposit must only be made to accounts bearing the taxpayer’s name. Preparer fees cannot be recovered by using Form 8888 to split the refund or by preparers opening a joint bank account with taxpayers. These actions by preparers are subject to penalty under the Internal Revenue Code and to discipline under Treasury Circular 230.”

Taxpayers are legally responsible for what is on their tax return – even if it was prepared by someone else. A taxpayer who buys into any of these schemes can end up being penalize for filing false claims or receiving fraudulent refunds.