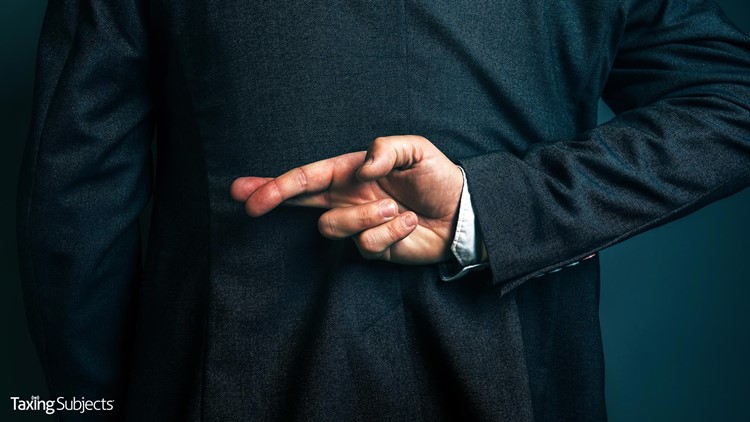 The Internal Revenue Service has issued a warning to taxpayers and tax preparers not to use frivolous tax arguments as a basis for not paying taxes.

Promoters of these schemes encourage taxpayers to make unreasonable and outlandish legal claims to avoid paying their taxes. The IRS reminds people that time and again, these arguments have been thrown out of court.

The use of these tax myths has earned a spot on this year’s IRS “Dirty Dozen” list, which spotlights the most common tax scams frequently seen during the tax filing season and beyond.

“Don’t be fooled by people citing dubious legal schemes to avoid paying taxes,” said IRS Commissioner Chuck Rettig. “Despite what con artists may tell you, there is no secret way to avoid paying what you legally owe. Taxpayers should be on the lookout for these and other common tax scams.”

In “The Truth about Frivolous Tax Arguments,” the IRS outlines some of the more common frivolous arguments, explains why they’re wrong and cites relevant court decisions. Examples of these common myths include:

Perpetrators of illegal scams, as well as those who make use of them, can face possible criminal prosecution. The IRS Criminal Investigation division works closely with the Justice Department to shut down scams and prosecute the criminals behind them.

This Scheme Can Backfire

Not only will the use of a frivolous tax argument not allow filers to avoid paying taxes, it will actually make matters worse for the taxpayer.  Besides risking criminal prosecution, taxpayers can also face a variety of civil penalties for engaging in these schemes.

Late-filing and late-payment penalties could also be charged. And taxpayers who make frivolous tax arguments in court can also be charged an additional penalty by the Tax Court.