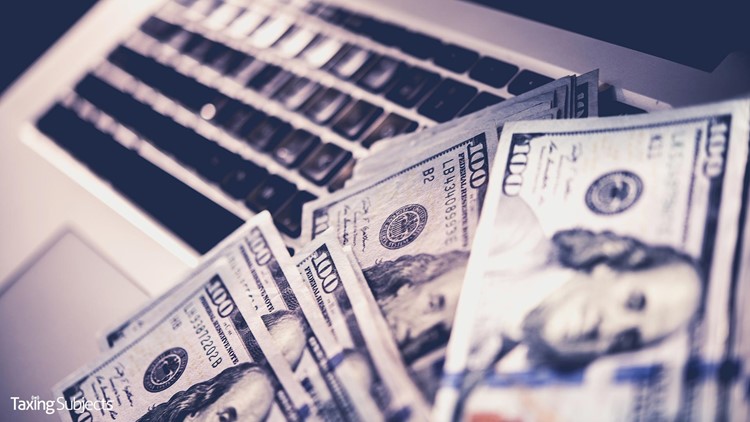 The Internal Revenue Service is reminding taxpayers just to think inside the box when it comes to completing their tax returns. In other words, steer clear of any schemes that falsify income or create fake Forms 1099.

The practice is used enough to land it on the IRS’ “Dirty Dozen” list of the most common tax scams this year.

Many times, the IRS says, scammers frequently use the bogus income ploy – as well as other related tricks – to get taxpayers to mistakenly claim tax credits to which they wouldn’t be entitled. This gives the scammers a bigger payday. The taxpayers? Not so much.

Some people falsely increase the income they report to the IRS. This scam involves inflating income or including income on a tax return that was never earned, either as wages or self-employment income, usually to maximize refundable tax credits, such as the Earned Income Tax Credit (EITC).

Like falsely claiming an expense or deduction, claiming income that was never earned is illegal. Taxpayers can face a large bill to repay the bogus refunds, along with penalties and interest. In addition, their future eligibility to claim the EITC could also be affected. They could even face criminal prosecution.

Taxpayers are ultimately responsible for the accuracy of their tax return even if they pay someone else to prepare it.

The use of bogus Forms 1099-MISC many times falls under the discredited myth that the government has a “secret” account with billions of dollars available to knowledgeable taxpayers who use a 1099-MISC to “unlock” their benefits. The IRS sets the stage for this scenario in a recent release:

“Unscrupulous promoters of these scams often argue that the proper way to redeem or draw on a fictitious “held-aside” account is to use some form of made-up financial instrument, such as a bonded promissory note, that purports to be a debt payment method for credit cards or mortgage debt. These con artists provide fraudulent Forms 1099-MISC that appear to be issued by a large bank, loan service or mortgage company with which the taxpayer may have had a prior relationship. Form 56, Notice Concerning Fiduciary Relationship, may also be used by participants to assign fiduciary responsibilities to the lenders.”

About the “Dirty Dozen”

The list, compiled annually by the IRS, describes a variety of common scams that taxpayers may encounter. Many of the “Dirty Dozen” schemes peak during filing season as people prepare their tax returns or hire others to help them.

Scams can lead to significant penalties and interest and possible criminal prosecution. IRS Criminal Investigation works closely with the Department of Justice to shut down scams and prosecute the criminals behind them.

For information on picking the right tax professional for you, check out www.irs.gov/chooseataxpro, which has additional information including tips on choosing a preparer, the differences in credentials and qualifications, and how to submit a complaint regarding an unscrupulous tax return preparer.