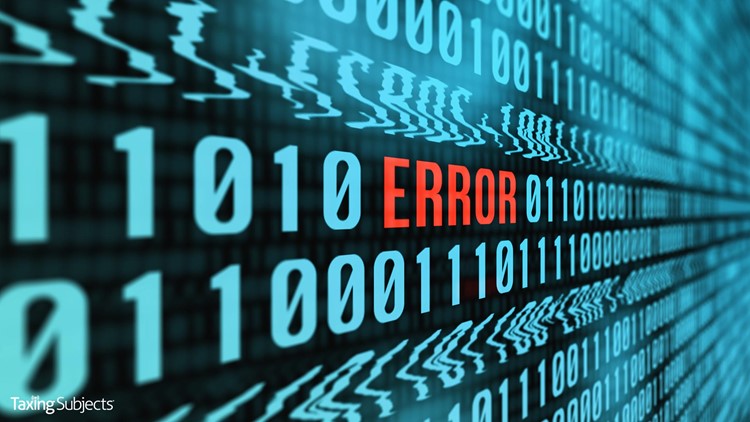 A computer glitch is being blamed for an erroneous tax notice sent to some New York State taxpayers. Buffalo, N.Y. TV station WKBW reports the notices say the taxpayer’s income tax refund has been adjusted to zero because they “are not entitled to a refund.”

To make matters worse, the notice scares taxpayers into thinking they have to repay the tax refund they’ve already received.

Not all NY taxpayers are getting the noxious notice; tax professionals contacted by the station say it appears the letter only went out to federal employees at agencies such as the Postal Service, Homeland Security, TSA, or the military.

WKBW contacted the New York State Department of Taxation and Finance for their explanation, and the station posted the reply on their website:

"The Tax Department works diligently to ensure ongoing and timely notifications are shared with NYS taxpayers. Recently, notices were mailed to taxpayers that received a refund and some of those notices were mailed in error. If the ‘previously refunded amount’ listed on the notice matches the refund the taxpayer claimed and has already received, then the taxpayer should disregard the notice. If, however, the ‘previously refunded amount’ does not match the refund claimed and received, the taxpayer should follow the instructions for responding to the notice. Staff at our call center are available to assist taxpayers should they have additional questions, 518-485-6549."

It should be noted, however, that New York State has also mailed notices that the state is holding some tax refunds, awaiting verification of the deductions claimed on tax returns. Those notices are legitimate, tax professionals say, and should not be ignored.