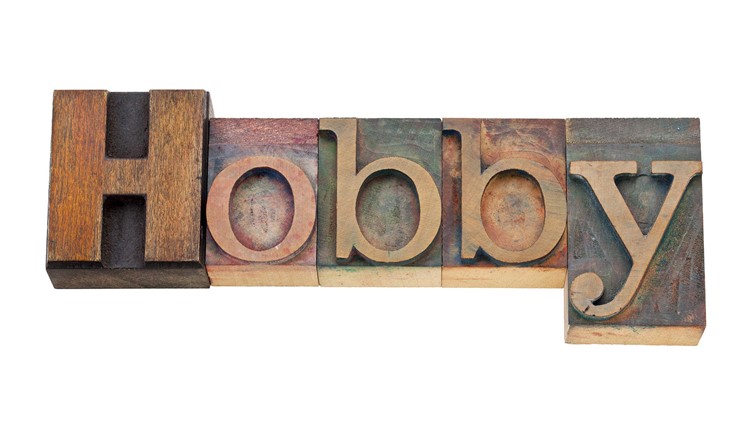 What is a Trade or Business?

Simply put, a trade or business must satisfy the need to make a profit.  If you don’t plan to make a profit, then this is not a business, it is a hobby.  The reason for opening a business is to provide a livelihood for you (and your family). If a business cannot support you financially it raises the question, why are you working without being paid?  You wouldn’t continue to work for an employer if they stopped giving you a paycheck. So why would you keep a business open if it wasn’t making any money?  Do you see where we are going with this?

IRS has set up §162 & §212 to define allowable expenses for a trade or business.  In essence, it says that any deductible expense must be reasonable, ordinary, and necessary for a business trying to make a profit.  There you heard it again, “profit motive”.  If the taxpayer is not in business to make a profit then they must have some other motivation.  Maybe they already work for someone as an employee and they are looking to “write-off” expenses under the guise of a trade or business.  Do you have clients like this?  I do, and after I ‘shut down’ the 14,000 miles they want to deduct for business mileage (without substantiation) and the conference to Las Vegas, because it’s not reasonable, ordinary, or necessary for a business grossing $1,200 to spend $3,700 at a National Training Conference.  They begin to understand that I am not complicit in their plan to “write-off entertainment and personal expenses” on their tax return.

So when do we allow a new business some ‘slack’ in getting their business off the ground?  I try to look for a profit motive from the taxpayer.  If they really want this business to succeed and are working toward that end, I’ll explain the need for proper substantiation (contemporaneous mileage records and reasonable receipts and records).  I also explain they must show a profit after the second year.  Without one, they go to Hobby Income reported on Line 21 of Form 1040.  Why? Because IRS states they must show a profit 3 out of 5 years on a Schedule C business.

So what about Hobby, Sport, or Recreation Income

Hobby, Sport, & Recreation Income rules are explained in §183 and cover the taxpayers that do not have a profit motive, but wish to keep their business running anyway.  IRS allows them to report their income on Line 21 of Form 1040 without the inclusion of Schedule SE.  You heard right.  No SE Tax of 15.3% for those claiming hobbies.  So what about their expenses?  Hobby expenses are limited to the amount of income they report on Line 21, but are deducted on Schedule A, Employee Business Expenses. Yes, they are subject to a 2% deductible.  So what really happens here? They report their gross hobby income without SE tax, but loose most (or all) of their expenses on the Schedule A 2% deductible.

Other businesses can include farmers or landlords and are regulated under the same standards which require a “profit motive” and “ordinary and necessary expenses”.  Farmers are given an additional year for losses.  They must show a profit 4 out of 7 years.  Horse racing activities get the most leniency, only requiring a profit for 2 out of 7 years.  If the IRS does issue a written notice proposing to disallow deductions under §183 the taxpayer has 60 days to file Form 5213 for an additional 2 year freeze on disallowing their business deductions (also extends the statute of limitations).  Form 5213 must be filed within the first 3 years of reporting losses.  If the business becomes profitable within 5 years, and it is paying taxes, that might be the end of it.  If it is still losing money, IRS can come in to audit all 5 years.  This is a risky move and I do not recommend it to clients.  Why not?  Because when things go wrong, the blame will wind up back at my door.  Remember the client always remembers, it was your idea.

Let’s not forget landlords.  Even though you don’t see it very often, IRS can use the same 3 out of 5 year profit rule on rental properties.  The one additional consideration is allowing you to pull off the depreciation figure, and then see if you have a profit or loss.  I have one client that has gotten hurt under this IRS initiative.

So when can the Taxpayer start deducting Expenses?

IRS position requires a business to first have income before it can begin deducting expenses on Schedule C.  So if they haven’t generated any income, what happens to all those expenses?  Good question.  Those expenses get suspended and placed into “Capitalized Expenditures”.  After the business begins making money, the capitalized expenditures drop back into the return on a 5 year depreciation cycle.  What happens if the business goes under 2 years later?  They never get the benefit of those expenses to play out.  Unless you can justify a capital loss on Schedule D, I see it as a non-deductible business loss.

Treas. Reg. § 1.183-2(b) lists nine factors that determine whether an activity is engaged in for profit. Treas. Reg. § 1.183-2(a) states in part that “Greater weight is given to objective facts than to the taxpayer’s mere statement of his intent.” In other words, it’s not what he says, it’s what he does. The factors are as follows:

These nine relevant factors are used to determine whether an activity is engaged in for profit.  All facts and circumstances with respect to the activity must be taken into account. No one factor is greater than others in making this determination. In addition, it is not intended that only these 9 factors are to be considered in making this profit determination.  A determination indicating a lack of profit does not automatically disqualify the chance for a favorable decision. Among the factors which should normally be taken into account are detailed below:

(1) The manner in which the taxpayer carries on the activity. The fact that the taxpayer carries on the activity in a businesslike manner and maintains complete and accurate books and records may indicate that the activity is engaged in for profit. Similarly, where an activity is carried on in a manner similar to other activities (which are profitable), a profit motive may be indicated. A change of operating methods, adoption of new techniques, or abandonment of unprofitable methods in an attempt to improve profitability may also indicate a profit motive.

(2) The expertise of the taxpayer or their advisors. Preparation for the activity by the study of acceptable business, economic, and scientific practices or consultation with those who are experts may indicate that the taxpayer has a profit motive – as long as the taxpayer uses that advice in carrying on the activity. If the taxpayer fails to use the advice or directions it can indicate a lack of intent to make a profit, unless the taxpayer is attempting to develop new or superior techniques which may result in later profits from the activity.

This is always a good deduction assuming you can meet the “Exclusive and Regular Use” requirement. Using the kid’s bedroom or the kitchen table is not going to do it.  The taxpayer must have an area (can be a virtual office) that is used for storage or office space exclusively and regularly for the business. Once you can confirm that fact, we can move on to the other tests.

Next, it must be the principal place of business and it even helps if you meet with customers in your office.  It gets even better if you have a separate structure.  In computing the portion for business use, figure the square footage of the office (or virtual office) and then the “heated” square footage for the entire house or apartment.  Once you plug these into Form 8829 your tax program will handle the percentage.

Last but not least, consider the expenses. List these as the full amount.  The form is configured to take total housing expense and then carve out the business portion for your office.  The normal expenses that are deductible include casualty/theft losses; mortgage interest; property taxes; mortgage insurance premiums; hazard, flood, & homeowners insurance; rent (if applicable); upkeep & maintenance; utilities; and other costs (pest control, security system, HOA Fees, etc.).  Finally you need to determine the cost basis for the house and the lot value which must be subtracted (if unknown, I use 20% of the home cost to determine the lot value) and show the date you’re starting this deduction. Remember to run a comparison between the safe harbor method and the actual costs. It will sometimes surprise you.  Also remember to keep track of the depreciation deducted on the home for the potential sale of the property in the future.  Yes, you must list the depreciation allowed on any future home sale.

This is always an exciting, but challenging area for your children under 18 that work in the family business. Unfortunately they must be paid on a W-2 (not a 1099-MISC) if you want to write-off their labor costs and not have them pay any tax on their income.  So where do we start?  First we need to decide what work they’ll do, set up a schedule, and an appropriate rate of pay for what they do.  You need to keep a log or record of their time and pay checks.  Next you need to plan on filing the 941 Forms.  If you don’t have an EIN number then you better order one on line.  Before we go any further, this will not work for Sub S Corporations or Multi-member LLCs.  It only works for Schedule C Sole Proprietors, Husband & Wife Partnerships, or Disregarded Entities (SMLLC).

All 941 forms will net to zero even though you show wages.  Why, because you are going to show an exception applies for children working in a family business and SSA & Medicare are both shown as zero.  Remember their income should not exceed the standard deduction for that year (taking into consideration any other jobs they work for pay).  At the end of the year you’ll need to run state unemployment (could be required quarterly), the 940, and W-2s – again showing income without withholding or SSA & Medicare taxes.

The Cohan Rule continues to be a taxpayer defense in the Tax Court: eleven times last year the court allowed taxpayers to triumph over the IRS using it. Simply stated, this common law doctrine comes to the aide of taxpayers that are unable to produce records of actual expenditures.  It allows them to rely on reasonable estimates that are accepted by their industry.  Due to the successful use of the Cohan Rule in Tax Court, the Office of Appeals has begun utilizing it in settlements.