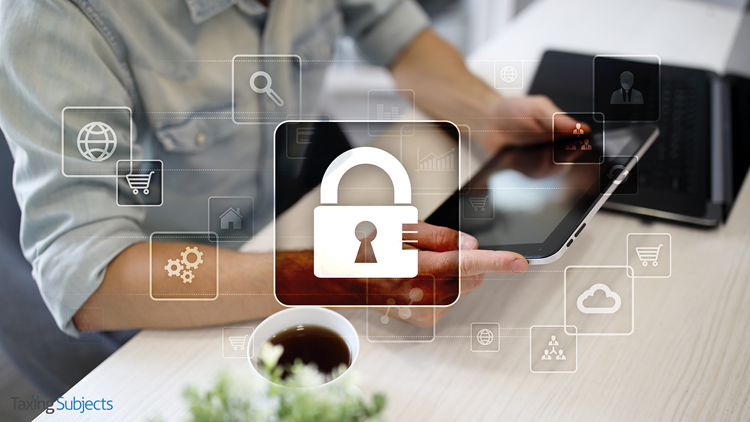 In our last post, we laid out this year’s “Dirty Dozen” tax scams as ranked by the Internal Revenue Service. The annual list looks at the worst scams likely to beset taxpayers and tax pros during the coming year.

While awareness is the first step toward defense, we thought we’d revisit the “Dirty Dozen” list with an eye toward how best to avoid falling victim to each bad actor in our line-up. So here’s our “Dirty Dozen” revisited: Avoiding the Dirty Dozen.

This scam relies on unsolicited emails or other communications that try to trick the recipient into divulging passwords, SSNs or other information that can be used to file bogus tax returns.

Your best defense against a phishing “expedition” is a healthy dose of suspicion. Be wary of any electronic communication that comes to you unsolicited that claims to be from the IRS. Be sure to verify by phone that an email was indeed sent by the IRS or not, but use the phone number on the IRS website – NOT one provided by the email.

If a taxpayer receives an unsolicited email that appears to be from either the IRS or an organization closely linked to the IRS, such as the Electronic Federal Tax Payment System (EFTPS), they should report it by sending it to phishing@irs.gov. Learn more by going to the Report Phishing and Online Scams page on IRS.gov.

Tax professionals who receive unsolicited and suspicious emails that appear to be from the IRS or related to the e-Services program also should report it by sending it to phishing@irs.gov.

It is important to keep in mind the IRS generally does not initiate contact with taxpayers by email to request personal or financial information. This includes any type of electronic communication, such as text messages and social media channels.

This scheme involves calling the taxpayer or professional, and masquerading as an IRS official.

There are some things the scammers often do, but the IRS will not do. Taxpayers should remember that any one of these is a tell-tale sign of a scam. The IRS will never:

If you get a suspicious call with one or more of these “red flags,” do not give out any information. Hang up immediately. Contact the Treasury Inspector General for Tax Administration (TIGTA) to report the call. Use their IRS Impersonation Scam Reporting web page. Or call 800-366-4484.

It is important to choose carefully when hiring an individual or firm to prepare a tax return. Well-intentioned taxpayers can be misled by preparers who don’t understand taxes or who mislead people into taking credits or deductions they aren’t entitled to claim. Scam preparers may take this step in order to increase their fee. Every year, these types of tax preparers encounter everything from stiff penalties to jail time for defrauding their clients.

Here are a few tips for taxpayers to consider to help avoid a fraudster when choosing a tax preparer:

As many Americans that are willing to help various charities and relief efforts, there are just as many scammers out there who create fake charities to trick potential givers into giving them money.

The IRS has these suggestions for potential donors to charities or relief campaigns:

Scam artists preparing taxes frequently promise taxpayers “big” refunds and appear to deliver; except that the refunds are due to inflated claims for refunds for which the taxpayer might not qualify. The scammer and the taxpayer might both be in for a nasty legal shock later. Perpetrators can face penalties, interest and criminal charges.

For taxpayers the advice is to steer clear of promises of refunds “too good to be true.” They usually are. The IRS reminds taxpayers that they are legally responsible for what’s on their return even if it was prepared by someone else. Taxpayers who buy into such schemes can end up being penalized for filing false claims or receiving fraudulent refunds.

Honest tax preparers provide their customers a copy of the tax return they’ve prepared. Scam victims frequently are not given a copy of what was filed. Victims also report that the fraudulent refund is deposited into the scammer’s bank account. The scammers deduct a large “fee” before paying victims, a practice not used by legitimate tax preparers.

In many ways, the dangers of inflated business credits are somewhat similar to those for individual taxpayers. The credits are different, but the scammer’s tactics may not be.

Avoid improperly claiming the fuel tax credit, a tax benefit generally not available to most taxpayers. The credit is usually limited to off-highway business use, including use in farming. Filers should also avoid misuse of the research credit. Improper claims often involve failures to participate in or substantiate qualified research activities or satisfy the requirements related to qualified research expenses.

To scammers and to taxpayers who inflate deductions in order to rake in more money from the IRS, the old adage, “less is more,” just doesn’t cut it. They falsify legitimate deductions – or claim deductions that the return doesn’t support – for a bigger refund.

Preparing an accurate tax return is a taxpayer’s best defense against scams – and the best way to avoid triggering an audit. The IRS reminds taxpayers that significant penalties may apply for taxpayers who file incorrect returns including:

Scammers love a bigger refund, so they’re not above inflating income figures to get it.

This scam involves inflating or including income on a tax return that was never earned, either as wages or self-employment income, usually to maximize refundable tax credits. Sometimes the scammer files bogus Forms 1099-MISC or a made-up financial instrument as “proof.”

Much like falsely claiming an expense or deduction is improper, claiming income the taxpayer didn’t earn is also inappropriate. Unscrupulous return preparers and people do this to secure larger refundable credits such as the Earned Income Tax Credit and it can have serious repercussions.

Remember, taxpayers can face a large bill to repay the erroneous refunds, including interest and penalties. In some cases, they may even face criminal prosecution.

This one differs from other scams in that it’s not typically done by some third party out without the knowledge of the taxpayer. Most times, everybody’s in on this one.

The big issue with this tax scam is the creation of a “micro-captive” insurance firm to act as a vehicle for generating tax breaks. This, the IRS says, has been backed up by recent U.S. Tax Court rulings.

Like the previous entry, this scam typically includes the cooperation of the taxpayer.

A frivolous tax argument is any bogus reason cited by a taxpayer claiming that they are not bound by U.S. tax law. In “The Truth about Frivolous Tax Arguments,” the IRS outlines some of the more common frivolous arguments, explains why they’re wrong and cites relevant court decisions. Examples include:

Perpetrators of illegal scams, as well as those who make use of them, may face possible criminal prosecution. IRS Criminal Investigation works closely with the Department of Justice to shut down scams and prosecute the criminals behind them.

Taxpayers have the right to contest their tax liabilities using IRS administrative appeals procedures or in court, but they are still obligated to follow the law.

Hiding money or assets in unreported offshore accounts to avoid taxes is nearly as old as the income tax system itself. Over the years, numerous individuals have been identified as evading U.S. taxes by attempting to hide income in offshore banks, brokerage accounts or nominee entities. They then access the funds using debit cards, credit cards or wire transfers. Others have employed foreign trusts, employee-leasing schemes, private annuities or insurance plans for the same purpose.

The IRS uses information gained from its investigations to pursue taxpayers with undeclared accounts, as well as bankers and others suspected of helping clients hide their assets overseas.