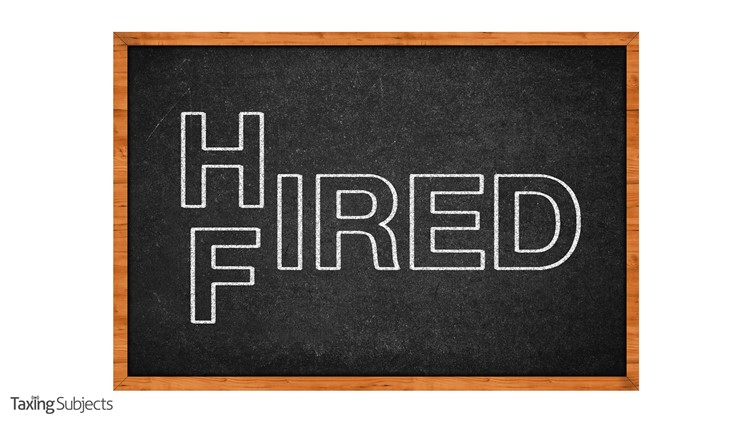 An audit by the Treasury Inspector General for Tax Administration (TIGTA) says the Internal Revenue Service needs to do a better job of keeping fired employees from being rehired by the agency.

TIGTA had been asked by a U.S. Senator to follow up on a previous report to determine whether IRS management had updated hiring policies to consider past conduct and performance issues.

The resulting audit looked at more than 2,000 employees who were rehired by the IRS between January 2015 and March 2016. Investigation found that over 200 employees – about 10 percent – of the 2,000-plus rehires had been previously terminated or otherwise separated from the IRS while under investigation for “a substantiated conduct or performance issue.”

Of the rehired employees:

TIGTA also found that the IRS has not effectively updated hiring policies to consider past IRS conduct and performance issues before making a tentative decision to hire former employees, including those the IRS terminated or separated during an investigation of a substantiated conduct or performance issue.

While the IRS does follow specific criteria when considering a hire, the audit found the agency’s own employment history record with the applicant isn’t provided to the official conducting the hire.

“Rehiring hundreds of employees with a track record of substantiated conduct and performance issues, including willful tax noncompliance and unauthorized access to tax records, is not prudent and unnecessarily increases the risk of internal fraud and abuse,” said J. Russell George, Treasury Inspector General for Tax Administration.  “Given the threat of identity theft and the amount of sensitive information that the IRS manages, job offers should only be extended to applicants of great integrity,” he added.

TIGTA recommended that the IRS Human Capital Officer provide the selecting official with access to former employee conduct and performance issues, and require that the basis for rehiring employees with prior employment issues be clearly documented. IRS management agreed with all recommendations and plans to implement corrective actions.