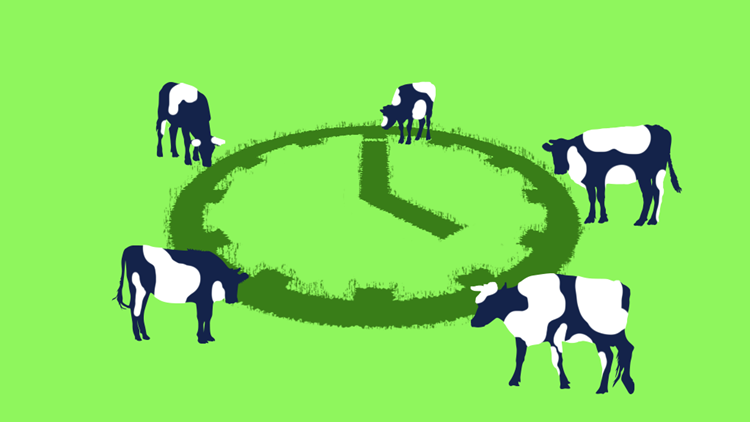 Farmers and ranchers hard-hit by drought in parts of the U.S. have gotten a little help from the Internal Revenue Service.

While the IRS couldn’t make it rain, it did give affected producers an additional year to replace livestock and defer tax from any forced sale of animals because of the drought.

Currently, the National Drought Mitigation Center shows much of the western half of the country is being scorched by drought conditions.

Notice 2021-55, found on IRS.gov, lists areas in 36 states and one U.S. territory that have been designated as eligible for federal assistance due to drought. Counties adjacent to those formally designated are also eligible for assistance.

How do farmers and ranchers qualify for this IRS relief?

Eligible farmers or ranchers must have sold off livestock on account of drought conditions in a federally designated area. Generally, the IRS relief measure applies to the capital gains that eligible owners get from livestock sales on animals for draft, dairy or breeding purposes.

Other livestock, such as animals raised for slaughter or for sporting purposes, or poultry, are not eligible.

Eligible sales also have to satisfy a specific set of conditions; they have to be due only to drought and within one of the federally declared assistance areas.

Within these designated areas, producers have four years to replace livestock disposed of in a forced sale due to the drought. Normally, they would have just two years to replace their herds.

The latest extension from the IRS gives producers until the end of their first tax year after the first drought-free year to replace livestock sold due to the drought. Notice 2006-82 has more details on how the provision works.

The relief is available to farmers or ranchers who were forced to sell off livestock in an eligible area due to exceptional, extreme or severe drought between Sept. 1, 2020, and Aug. 31, 2021.

What areas qualify are determined by the National Drought Mitigation Center at the University of Nebraska-Lincoln.

Because of the extra year provided by the IRS extension, the drought-sale replacement period due to expire on Dec. 31 of this year for some eligible producers now extends to the end of their next tax year.

The IRS says because the drought in parts of the West has been ongoing for some years, this relief impacts some emergency sales dating as far back as 2017.